ROTC, or Reserve Officers’ Training Corps, is a college program offered at over 1,700 colleges and universities across the United States that trains young adults to become officers of character in the U.S. military.

ROTC provides you the opportunity to go to college and grow academically and train to become an Officer at the same time, in exchange for paid tuition.

There are many scholarship opportunities for ROTC cadets and midshipmen to commission into the Air Force, Space Force, Army, Navy, and Marine Corps.

Benefits of an ROTC scholarship include: 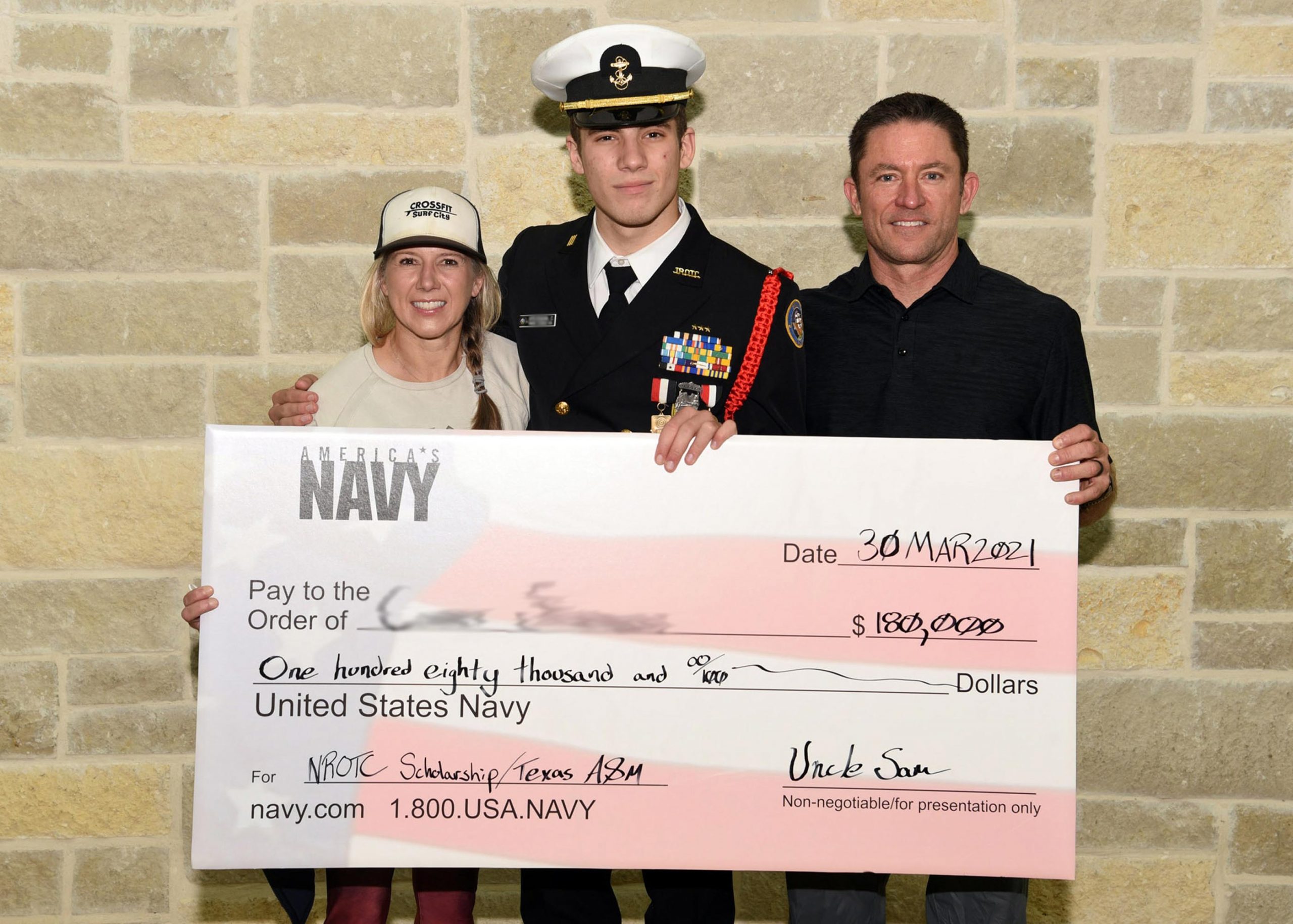 How do you win an ROTC scholarship?

ROTC scholarships are awarded to students based on their leadership potential, academic achievement, and physical fitness.

These scholarships are merit-based and cover the cost of some or all tuition and fees as well as provide a monthly stipend for living expenses.

ROTC is unique because it’s both an academic and military training program. ROTC students take college courses like any other student, but they also participate in leadership, military, and physical fitness training.

This training includes learning how to be a leader, how to manage people, and how to follow orders.

ROTC classes typically take up an additional 5-10 hours per week. The camaraderie that you develop with your fellow ROTC classmates is like no other.

How to choose which ROTC scholarship to apply for

ROTC scholarships are highly competitive, and only a small number of the most qualified candidates are selected each year for scholarships.

If you’re interested in pursuing a career as a military officer, we encourage you to do your research (including the resources within this site) and learn more about what each branch of service has to offer.

The founder of ROTC Consulting led two separate ROTC detachments and has seen first-hand the confusion and lack of preparation from ROTC scholarship applicants. The content within the site was designed to help you learn more about the process and what you can do to increase your chances of winning a scholarship.

Whether you are interested in pursuing a career in the military with one ROTC program or you are just beginning to research your options, we hope you find the information on this site helpful and informative.

The Air Force ROTC program is made up of 145 detachments across the United States.

The AFROTC program is a four-year leadership development program that prepares college students to become leaders in the United States Air Force.

Learn more about how to win Air Force ROTC scholarships.

What happens after you graduate from Air Force ROTC?

Every year, AFROTC commissions about 1,800 new officers into the Air Force. Cadets who complete all Air Force ROTC and academic degree requirements accept a commission from the President as second lieutenants in the Air Force.

Most officers have a minimum of a 4-year active duty service obligation. The obligation can increase depending on your career field, especially in the case of pilots or other aircrew.

The Army ROTC program is the largest branch of the ROTC program, with 273 ROTC programs across the country at major colleges and universities.

Army ROTC classes involve one elective class and one lab per semester in college. The classes include fieldwork and classroom work, but they fit into your academic schedule.

Learn more about how to win Army ROTC scholarships.

What happens after you graduate from Army ROTC?

Under the Army ROTC program, scholarship recipients will graduate as Army officers and serve for a minimum of four years. Not all cadets will commission onto Active Duty. Some cadets commission into the Army Reserve or Army National Guard.

The Navy ROTC program is made up of 63 units across the United States available at over 160 colleges and universities.

Navy ROTC midshipmen are college students who receive military training and education while they complete their undergraduate degrees. Midshipmen take classes in leadership, navigation, military history, and other topics related to the Navy. They spend time training on naval vessels, with an aviation squadron, on a submarine, and time with the Marines. 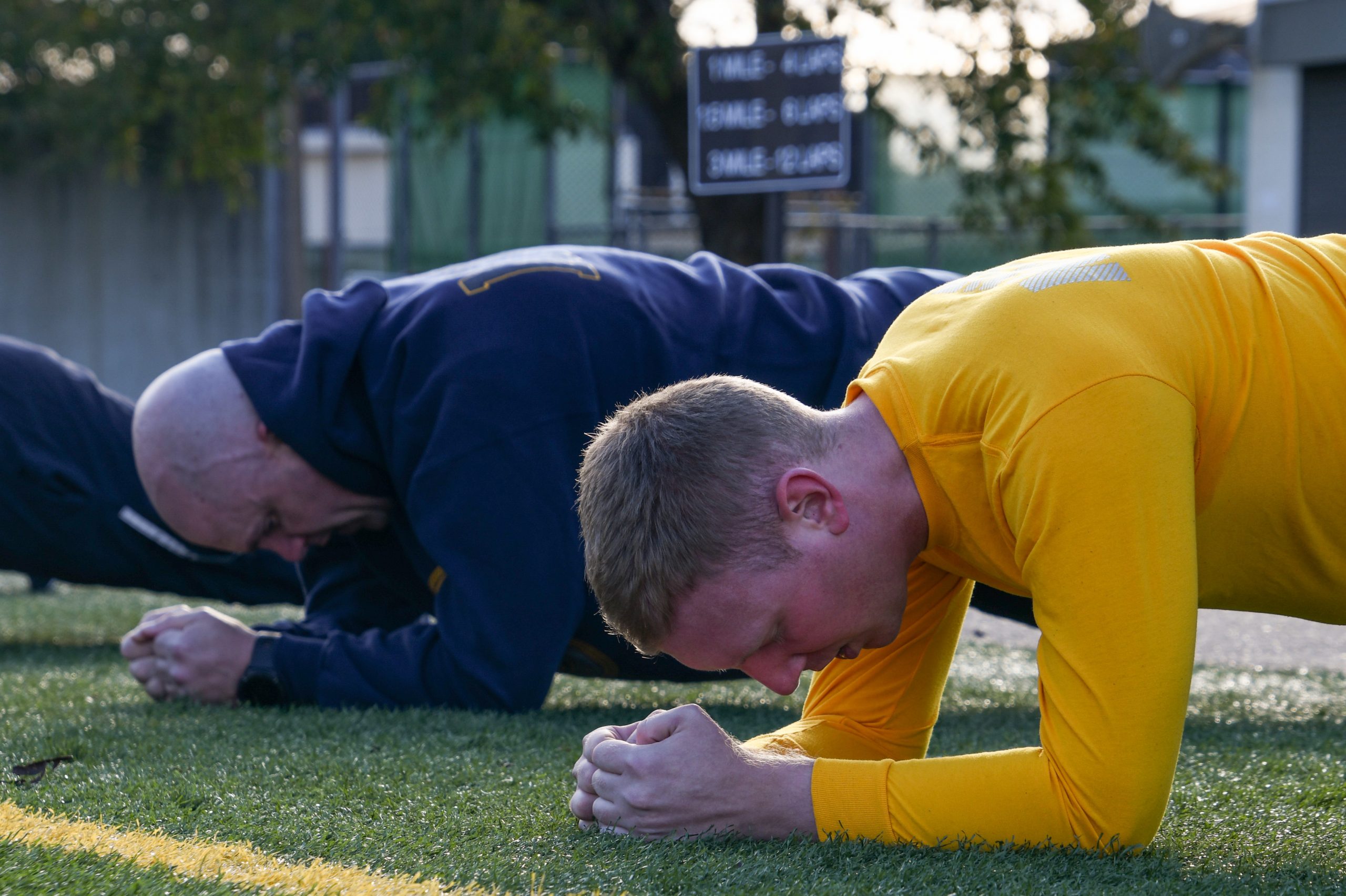 Learn more about how to win Navy ROTC scholarships.

What happens after you graduate from Navy ROTC?

The Marine Corps Option ROTC scholarship is only a 4-year scholarship.

What happens after you graduate from Marine Corps Option ROTC?

After graduating, you will be commissioned as a Second Lieutenant in the United States Marine Corps. There are 16 different specialties you can pursue, from infantry officer to logistics, intelligence, communications, combat engineer, aviation command and control, as well as pilots and naval flight officers to name a few.