One of the requirements for the Navy ROTC- Marine Corps Option Scholarship is an evaluation and written narrative from an English teacher and one other evaluation from a teacher, counselor, coach or employer.

Marine Corps teacher evaluations can be overwhelming for prospective candidates. Below we provide samples for each teacher as well as what makes the sample a quality submission. Let them know in advance you’ve chosen them to write your letter of recommendation!

You can download PDF versions of each letter to print and give to your teachers at the bottom of this article.

The following is an example of a well-written English Instructor narrative. This narrative would be done after the teacher completes the numerical rating of the candidate. We recommend that candidates give a sample recommendation narrative to their English Teacher in order to maximize its impact. We provide commentary at the end telling you why this sample letter is effective.

Narrative Prompt for Your English Teacher:

Please tell us how you feel this candidate would perform at the college level in English. Thank you for your time, concern and Cooperation.

I taught Jeff while he was a student in my Honors Junior English class at Colonie High School. In order to be a student in this class, one must get an A in sophomore English and be recommended by their instructor to be in the honor course. Generally, only 5% of the students are in Honors English.

What separates him from the other students I have taught is his ability to write as well as avoid the common grammar pitfalls I see. What is notable is that when I make a correction to Jeff’s work, he understands the correction and works not to repeat the same mistake again. This, I believe, is the key to success in any academic environment.

I understand that as a Marine Corps officer candidate in Navy ROTC, Jeff will be required to take two semesters of English which concentrate on writing skills as well as literature. I am aware also of the importance of writing in other courses in college such as history, political science, philosophy, and social sciences. Jeff is well prepared for these courses and will excel in the challenging curriculum.

Notice several things: One, the English instructor is aware of the English requirement that Navy ROTC puts on Marine Corps option candidates. The instructor also understands the application of critical thinking and writing to the overall success of a student and reinforces this in the narrative.

Additionally, the English instructor quantifies how the candidate ranks by comparing him to others he has taught over several years. This reinforces the ratings that the instructor gave the student and makes a greater impact than generic statements.

ROTC Scholarship consulting strongly recommends that a candidate’s second letter of recommendation be from a coach. This is because the Marine Corps puts a premium on physical fitness and the leadership that comes from being a part of a team. We recommend that candidates give a sample recommendation narrative to their coach in order to maximize their impact. We provide commentary at the end telling you why this sample letter is effective.

Narrative Prompt for Your Coach:

Please tell us how you feel this candidate would perform at the college level in your area. Thank you for your time, concern and Cooperation.

I was Jeff’s football coach and track and field coach over the last four years. I observed him not just as a stellar athlete but also as a leader for the sports teams that I coach.

As a veteran myself, I understand that Marine Corps officers must lead by example and be physically fit. I know I admired Marine Corps officers that I served under who excelled at fitness and led from the front. Also, I know that the physical fitness requirements for Marines is rigorous and includes fitness tests which test both muscular strength and endurance as well as cardiovascular fitness. I also know that the Marines put emphasis on combatives and other contact events. I have no doubt in observing Jeff over the past four years that he will excel in this diverse program. In his position of linebacker on the football team, it requires significant lateral movement and speed as well as upper body strength. Jeff clearly demonstrates these characteristics and is my best linebacker going into senior year. In track and field, he is a pole vaulter which has similar demands for both speed, agility, and strength.

Having said this, Jeff is an even better leader. He was chosen this year as captain of the football team not just by our coaches but the players. Jeff is clearly a leader who is respected by his coaches and teammates. Jeff is able to motivate his teammates, not in a demeaning or intimidating way, but one that respects each person as an individual. Jeff lives daily the Marine Corps values of honor, courage and commitment. Additionally, we have a very ethnically diverse high school. Jeff is respected by all the players of our team, whether they are African-American, Hispanic, Asian, or White. I believe these leader traits will suit him well in a military that is both culturally and ethnically diverse.

I cannot recommend Jeff enough for the Marine Corps option, Navy ROTC scholarship. What you will get with Jeff is a stellar athlete but also a leader of character and integrity. He comes with my highest recommendation.

Additionally, the Coach quantifies how the candidate ranks by comparing him to others he has coached over several years. This reinforces the ratings that the coach gave the student and makes a greater impact than generic statements.

Finally, he speaks to the candidate’s leadership which is important because the other letter is from the English teacher. The coach needs to bring out the athlete and leader profile as much as possible.

Most recommenders will appreciate it if you give an example recommendation letter to them. It saves them time and effort, especially if they have to do multiple letters for you. Additionally, you help the recommender understand the course of instruction for Marine Corps Option candidates, so they appear more knowledgeable. This greatly increases the impact of your teacher and coach narratives.

Take the time to give your English teacher and Coach sample recommendation letters and you are that much closer to winning a Marine Corps option scholarship! Make sure to get the correct contact information for your chosen evaluators. Ready to apply now?

You can download both sample letters of recommendation here in PDF format to print and hand out.

Learn if you are on track to win a Marine Corps Option ROTC scholarship here.

Want to maximize your potential of earning a Marine Corps Option ROTC Scholarship?

Improve With Our Book 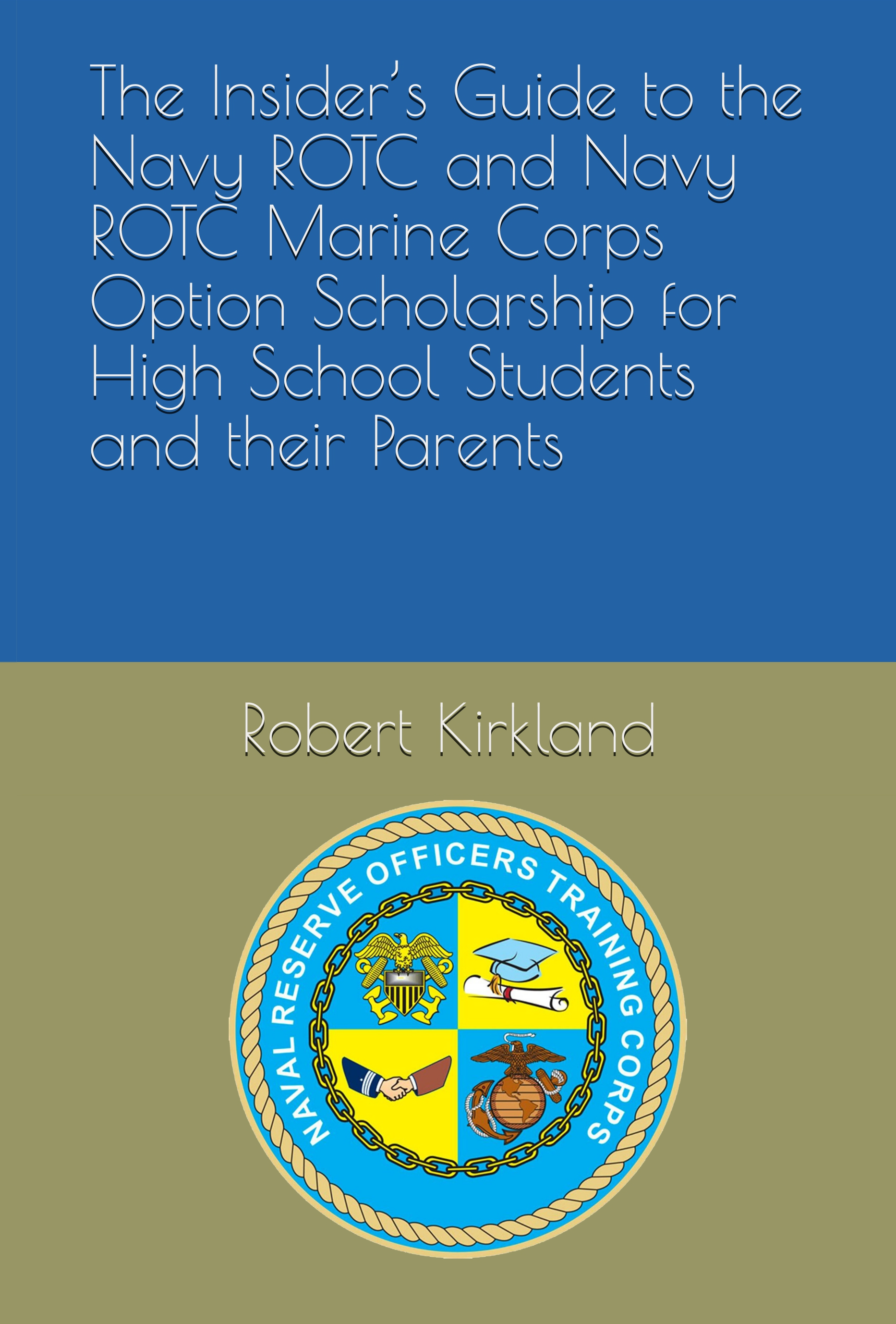